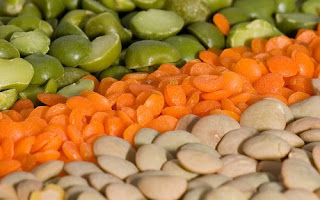 (…continued from the previous post). There are several features that make the recent Adrenoleukodystrophy (ALD) gene transfer study noteworthy.

1- A New Viral Vector Debuts: this is the first successful application of HIV-derived viruses in gene transfer (lentiviruses). These vectors have various advantages over retroviruses used in other protocols. One is that, in theory, at least, they are supposed to be safer. Previous trials of the same team (different disease) involving retroviruses triggered leukemia-like disorders in several volunteers. In this study, the authors do not detect any evidence that cells are poised to cause a malignancy. However, in a post this summer, I noted that another trial involving thalessemia and lentiviruses did, indeed, detect clonal enrichment. And the ALD study enrolled only two patients- if there were going to be safety problems detected, they’d need to be massive to be detected in so small a sample of patients. Thus, despite the encouraging findings in the ALD study, the safety of lentiviral gene transfer remains to be firmly established.
2- Prior Animal and Clinical Experience are Successfully Integrated: here is one instance where favorable clinical outcomes were achieved on the basis of limited preclinical evidence. Specifically, the authors previously tested their approach in mice, but because rodents do not develop the same pathology as human beings, they were uncertain whether the gene correction would be sufficient to correct the disorder in human patients. These animal studies were bootstrapped with extensive experience with bone marrow transplantation in children with ALD. Rarely is this transition from rodents into clinical applications so successful. All the more surprising- this is occurring within the realm of central nervous system disorders, which have a particularly high rate of failed drug development.
3- Patients in the Service of Science: This study will no doubt be perceived as a story of “science in the service of patients:” a team of clinicians applying cutting edge discoveries to do the best they can for their patients. But it is as much- perhaps more- a story of patients in the service of science. The study is notable for how well it used the occasion of ALD to make more fundamental discoveries. For example, in a “Perspective” piece that accompanies the published trial, Luigi Naldini describes this as what “may be a first glimpse of live [generation of new blood and immune cells at the level of DNA].” Naldini also notes how the study developed and applied new techniques for ruling out clonal dominance that “will likely become a gold standard.” Also intriguing is the hint that this approach may be applicable for other disorders involving the central nervous system, and the finding that only a small amount of gene correction is needed to arrest the pathology. (photo credit: photobunny 2007)