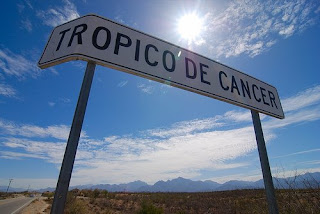 In the October 20, 2008 issue of Journal of Clinical Oncology, oncologist Zeba Aziz describes morning rounds in a cancer ward in Lahore, Pakistan. The first patient earns $20 a month and requires a combination therapy costing $10K. In the second case, a father can only pay 15% of the treatment needed by his daughter. The third case involves a single mother, who showed a significant tumor response on the first cycle of treatment but can not afford subsequent rounds.

According to Aziz, only 2% of Pakistan’s population has health insurance; 95% earn $30-100 / month. Aziz’s hospital serves 10K cancer patients annually, and has a medicines budget of around $80K each year. Treatments that wipe out the immune system are especially tricky, because medicines for infection might not be affordable.
Low and middle-income countries (LMICs) are undergoing an epidemiological transition in which chronic diseases replace infection as the main drivers of mortality. According to Franco Cavalli (“The World Cancer Declaration: A Roadmap for Change,” Lancet Oncology, September 2008), cancer kills more people worldwide than AIDS, tuberculosis, and malaria combined. Cavalli describes a “World Cancer Declaration” issued by the Geneva based International Union Against Cancer that calls for improvements in the prevention, detection, reporting, and treatment of cancer in LMICs.
But a serious response to cancer in LMICs will require changes in translational research as well. Clearly, the vast majority of cancer treatment research is directed toward markets in high-income countries. These treatments have properties– costs, side-effect profiles, demand for ancillary services– that make their application in LMIC populations improbable. If, as argued by many commentators, we in HICs have a duty to persons in LMICs, translational researchers and funding agencies should give some thought and effort to the development and testing of treatments that, while perhaps not adding as many weeks of extra median survival, are deployable in settings like Aziz’s clinic. (photo credit: CasaDeQueso 2008)