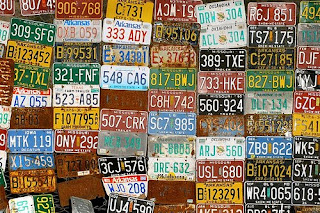 Also noticeable at this year’s ASGT meeting was what seemed to be a larger volume of phase 2 and 3 studies. One session was devoted to “late stage” clinical trials. I did not attend this– it conflicted with sessions on immunology and cancer gene transfer. Still, one observer told me, informally, that the first gene transfer product could very well be registered for commercial use in the U.S. within the next year.

Any truth to this?  The U.S. database of gene transfer trials lists 6 phase 3 gene transfer studies in the last two years; this represents 40% of all phase 3 gene transfer studies ever registered with the NIH. Three of these studies involve cancer; the other three are for various cardiovascular treatments.  I took a look at the abstract and press materials for the session I missed on late stage studies. In one case, the product only showed significant efficacy in women. In another, efficacy was significant only in populations with particular genetic profiles. But one needs to be very cautious interpreting efficacy claims that depend on subgroup analysis.
The third study was referenced above- it involved use of AAV for treatment of a rare genetic disease, LPL deficiency.  An interesting twist here: the researchers first developed the intervention in the Netherlands. They exhausted the entire Dutch population of LPL deficient patients for their first trial, which did not successfully correct the deficiency. The next trial was pursued in Quebec with a fresh patient pool. According to various conversations I had, this trial showed a lot of promise. Press materials for the company sponsor, Amsterdam Molecular Therapeutics, state “upon completion of the study the results will be part of the filing dossier for the marketing approval of Glybera(R).”
A number of other orphan disease studies, like ADA-SCID-show a lot of promise. What is badly needed now is  careful analysis of the ethical and policy challenges of gene transfer in the post-licensure era. My postings on biological generics give some hint of what I believe will emerge as a major challenge in this field: cost and access. (photo credit: home invasion tour 2007)