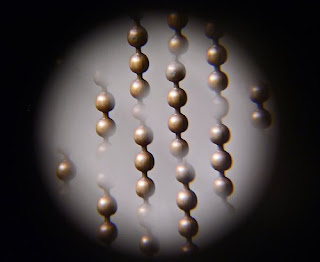 One of the great paradoxes of contemporary medicine has been a seeming inverse relationship between investment in basic science and registration of novel new drugs by regulatory agencies. The delay between basic science discoveries and clinical applications can be very long; many promising drug candidates are called on the basis of laboratory discovery, but few are chosen.

Cancer drugs, in particular, have one of the highest rates of failure as measured by the probability that a new drug entering phase 1 clinical testing will prove promising enough to eventually be registered by the FDA. One 2004 report pegged this figure at about 5%.
The question is: will such discouragingly low figures hold for new classes of cancer drugs that are entering clinical testing? According to Ian Walker and Herbie Newell in the January issue of Nature Reviews Drug Discovery, maybe not. Walter and Newell examined pharmaceutical development databases to determine probabilities that a particular class of new cancer drugs– protein kinase inhibitors– will survive from phase 1 testing through to registration (the wonder drug Gleevec is in this class). They found that 53% of new kinase inhibitors that enter phase 1 trials are ultimately licensed. They conclude that their analysis “further demonstrate[s] the benefits of developing molecularly targeted therapeutics for cancer.”
Here are some concerns about their analysis. First, their figures for success from phase 1 to registration for all cancer drugs (not just kinase inhibitors) are roughly three times previous estimates. This bears explaining. A second concern is that this may represent a particularly successful class of molecularly targeted agents. Third and crucially, according to a recent Nature Reviews–Cancer report, there are 11 different kinase inhibitors approved by the FDA. Eleven divided by the sample used in this paper– 137 kinase inhibitor drugs entering phase 1 testing– yields 8%– a number very similar to the 5% success rate that has been quoted elsewhere. Last, some kinase inhibitors are “me-toos” or at least, very closely related (e.g. panitumumab and cetexumab)
Too early, I say, to conclude that the way we are doing basic and preclinical science is beginning to bear fruit in terms of pharmaceutical productivity. (photo credit: Night Heron, Pull Chain, 2007)