Expectation is a Vascular Condition: Thoughts on Media Coverage of "Liberation Procedures" for Multiple Sclerosis 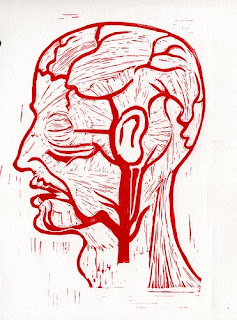 Disclaimer to all readers: I am not expert in multiple sclerosis. I am not intimately familiar with recent research findings on a novel surgical treatment (“liberation procedure”) for multiple sclerosis that have received wide coverage in the Canadian media.

Now here are my “claimers:” recent media accounts of this novel approach border on the irresponsible, and point to serious problems with the way many media outlets cover translational clinical research. My second “claimer” is that such media coverage has important consequences for patients and the research community.
Finally, a point of clarification: my comments below concern the quality and consequences of media coverage, not the merits of the medical procedure discussed.
Here is the background: on November 20, the Globe and Mail ran a feature by veteran reporters André Picard and Avis Favaro titled “Researcher’s labor of love leads to MS breakthrough.” The story described a novel theory of an Italian researcher, Paolo Zamboni, that MS “is not, as widely believed, an autoimmune condition, but a vascular disease. More radically still, [an] experimental surgery offers hope that MS… can be cured and even largely prevented.” Said Dr. Zamboni, “I am confident that this could be a revolution for the research and diagnosis of multiple sclerosis.” The news story then describes an Italian study that performed the surgical procedure in 65 patients; the patients saw their disease virtually eradicated.
Like practically every other news article of this species, the reporters do two things. First, they truck out a few patients to proclaim the miracle cure (said one: “I don’t remember what it’s like to have MS”). Second, to establish credibility, the reporters throw in the perfunctory killjoy comments of a few scientists: “skeptics warn the evidence is too scant and speculative.”
As observed on the excellent NPR program On the Media, media coverage of medical research and breakthroughs “overflow with optimism and excitement, offering hope for millions.” According to long-time media analyst Gary Schwitzer, “What they don’t overflow with is accuracy, context and journalistic responsibility.” (Schwitzer, by the way, runs an excellent blog on health news coverage).
Here are some concerns I had about the Globe and Mail story:
• the story reports on clinical research findings. The story did not say, however, that the results have not been published and subjected to peer review.
• the story did not say whether the studies were well-designed: was there a control or placebo arm, for example? the story did not mention that placebo responses can be especially high in the setting of surgical interventions. Nor did it mention that placebo responses are often high in the context of remitting diseases like MS.
• the story wrapped logical fallacies within emotive proclamations. For example, what, precisely, could it possibly mean to say “I am confident this could be a revolution…”?
• the story was not linked in any way to any particular event. Usually reports like this follow from major scientific publications, or presentations at medical conferences. This story, however, is “free floating”- which makes it much more difficult to contextualize (why is it being reported now? how well have the findings been vetted? how did the researchers capture the attention of journalists?).
• the story contains statements that are deeply suspicious. One example is that Zamboni claims MS is not an autoimmune condition. Here is the very first line in the abstract of Professor Zamboni’s most recent publication: “Multiple sclerosis is primarily an autoimmune disorder of unknown origin.”
• the story did not address the correlation and causation problem. The story (and Zamboni) claim that vascular malformations cause MS symptoms, because the researcher discovered that many MS patients have “malformed or blocked” veins draining the brain. But an alternative explanation would be that malformations or blockages are themselves caused by MS- that they are symptomatic rather than causal. Any news coverage of correlation should always address the issue of cause.
And the consequences? Do a google search yourself on the procedure (CCVSI) to find out how much chatter there is among expectant patients, who (judging from discussions) are wondering whether they can travel to Italy to receive the “treatment.” And today, the Globe and Mail reports that the MS Society of Canada- portrayed as sourpuss nabobs of negativism in the previous article- will now fund CCVSI “with significant research dollars” in response to “the overwhelming public response to the media stories.”
Surely, more research, more trials, more basic science is needed. If indeed this approach is a promising as reported, it should be subject to rigorous clinical testing. But can anyone seriously argue that media coverage of this low quality should set the research agenda and decide how scarce research resources are allocated? (photo credit: xbloodsin, sepulcrum, 2008)

5 responses to “Expectation is a Vascular Condition: Thoughts on Media Coverage of "Liberation Procedures" for Multiple Sclerosis”