Filing Cabinet Syndrome: The Effect of Nonpublication of Preclinical Research 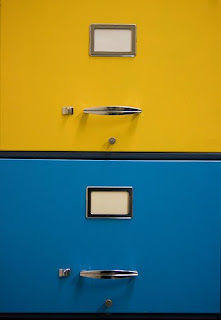 Much has already been said about Filing Cabinet syndrome in medical research: the tendency of researchers to publish exciting results from clinical trials, and to stash null or negative findings safely away from public view in a filing cabinet. Nonpublication distorts the medical literature, because it prevents medical practitioners from accessing negative information about drugs. Recall that, back in 2004, attorney-general Eliot Spitzer sued Glaxo Smithkline for suppressing trial results that showed elevated risk of suicide for adolescents taking the antidepressant drug Paxil; this and several similar episodes led FDA, major medical journals, World Health Organization, World Medical Association, and others to require researchers to register clinical trials before they enroll any patients.

Yet important gaps remain. In the March 2010 issue of PLoS Biology, Emily S. Sena and coauthors provide the most detailed analysis yet of one of these gaps: nonpublication of preclinical (animal) studies. They aggregated results of 16 systematic reviews of preclinical studies involving acute ischaemic stroke, and used statistical methods to estimate the degree of publication bias, and the likely effect of publication bias on measured disease responses. Among other things, they found that 16% of animal experiments were not published, leading to a 31% overstatement of efficacy. The authors note: “we estimate that for the interventions described here, experiments involving some 3,600 animals have remained unpublished. We consider this practice to be unethical.”
The authors urge that central registries of preclinical studies be established and maintained– a call that is not likely to go heeded anytime soon by companies that have much at stake in the secrecy in preclinical research. But their proposal ought to be taken seriously by anyone committed not only to respecting animals used in medical research, but also protecting the welfare of human beings who might enroll in possibly unwarranted clinical research. (photo credit: amy allcock 2009)